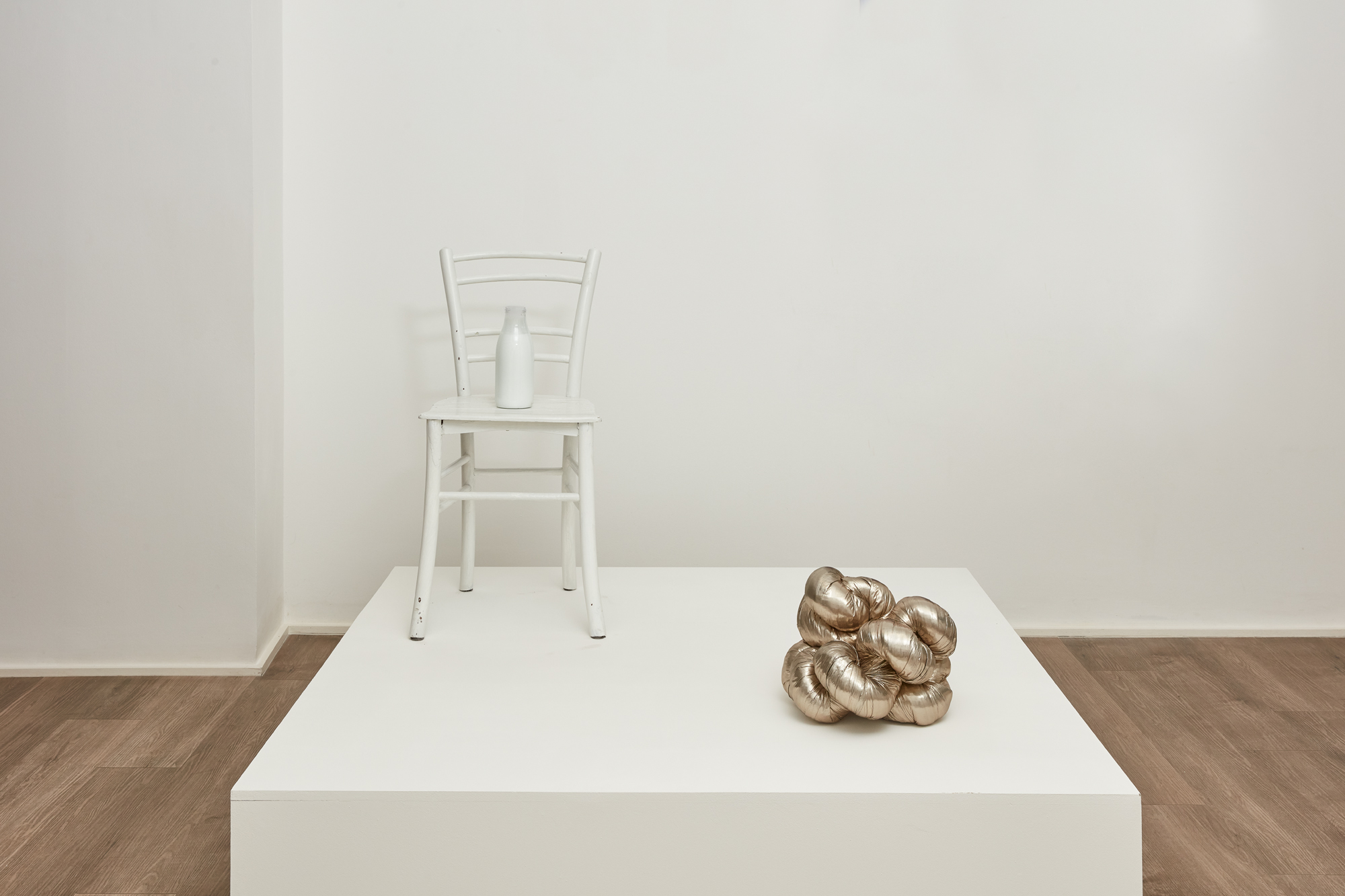 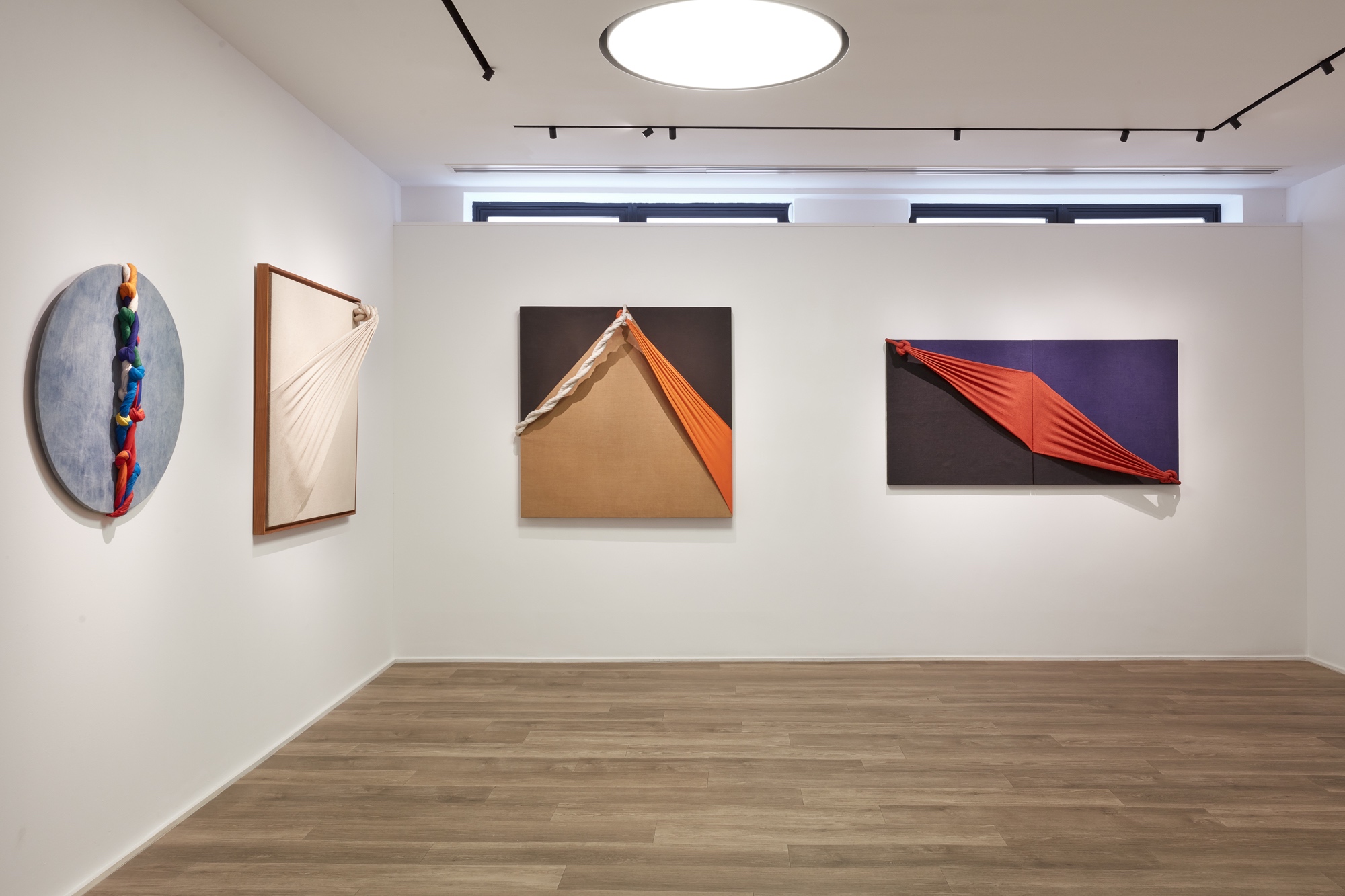 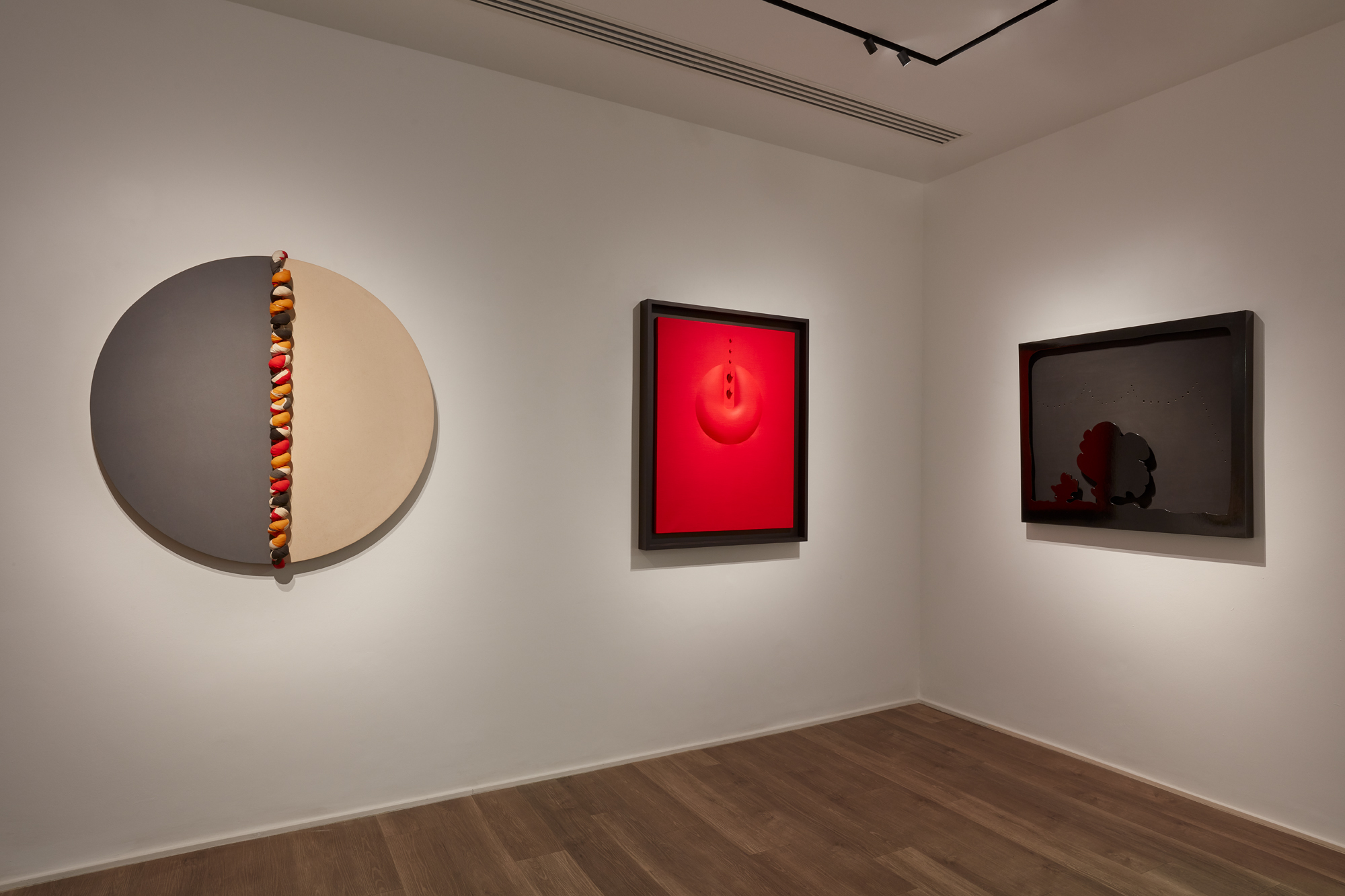 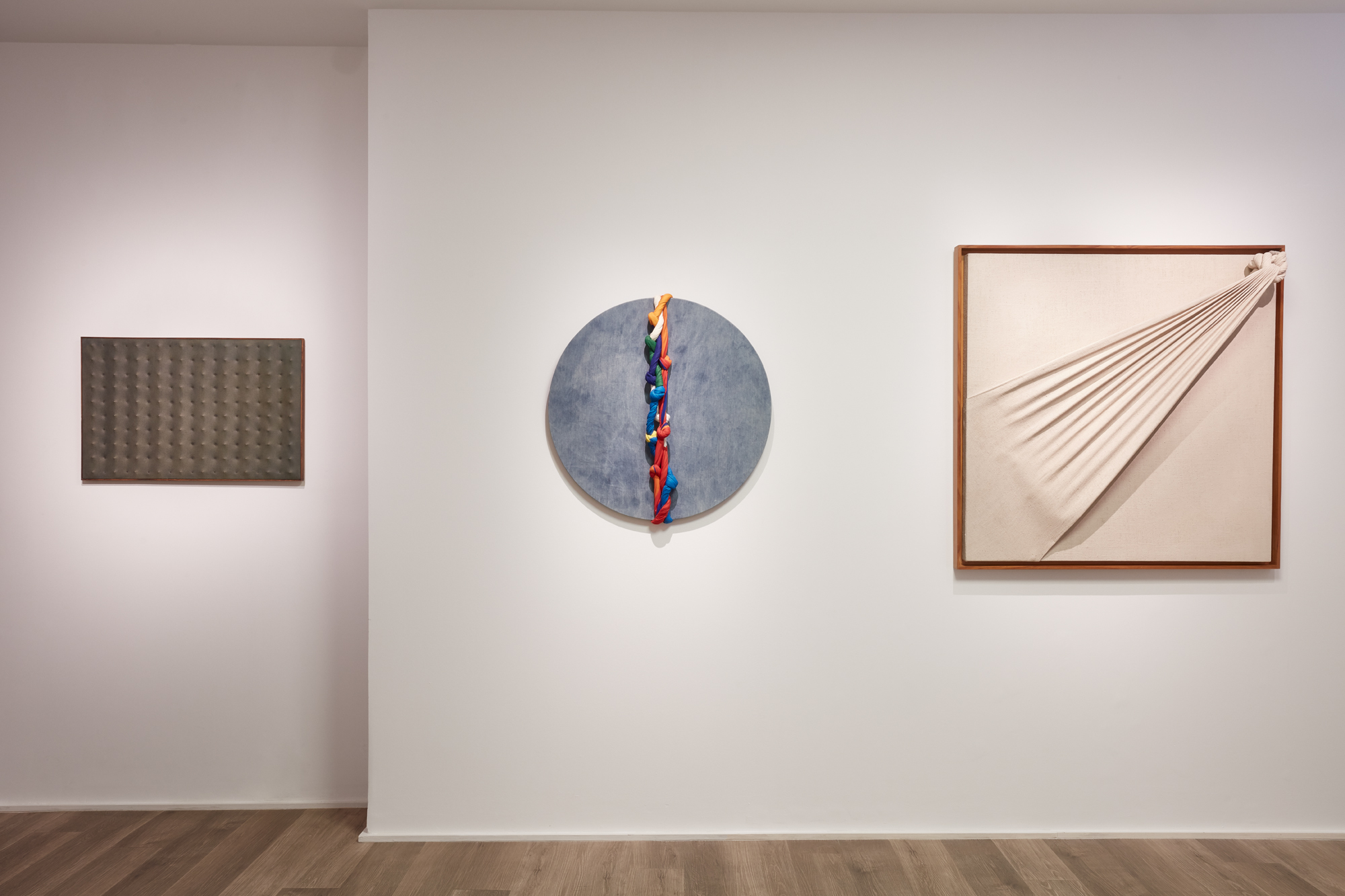 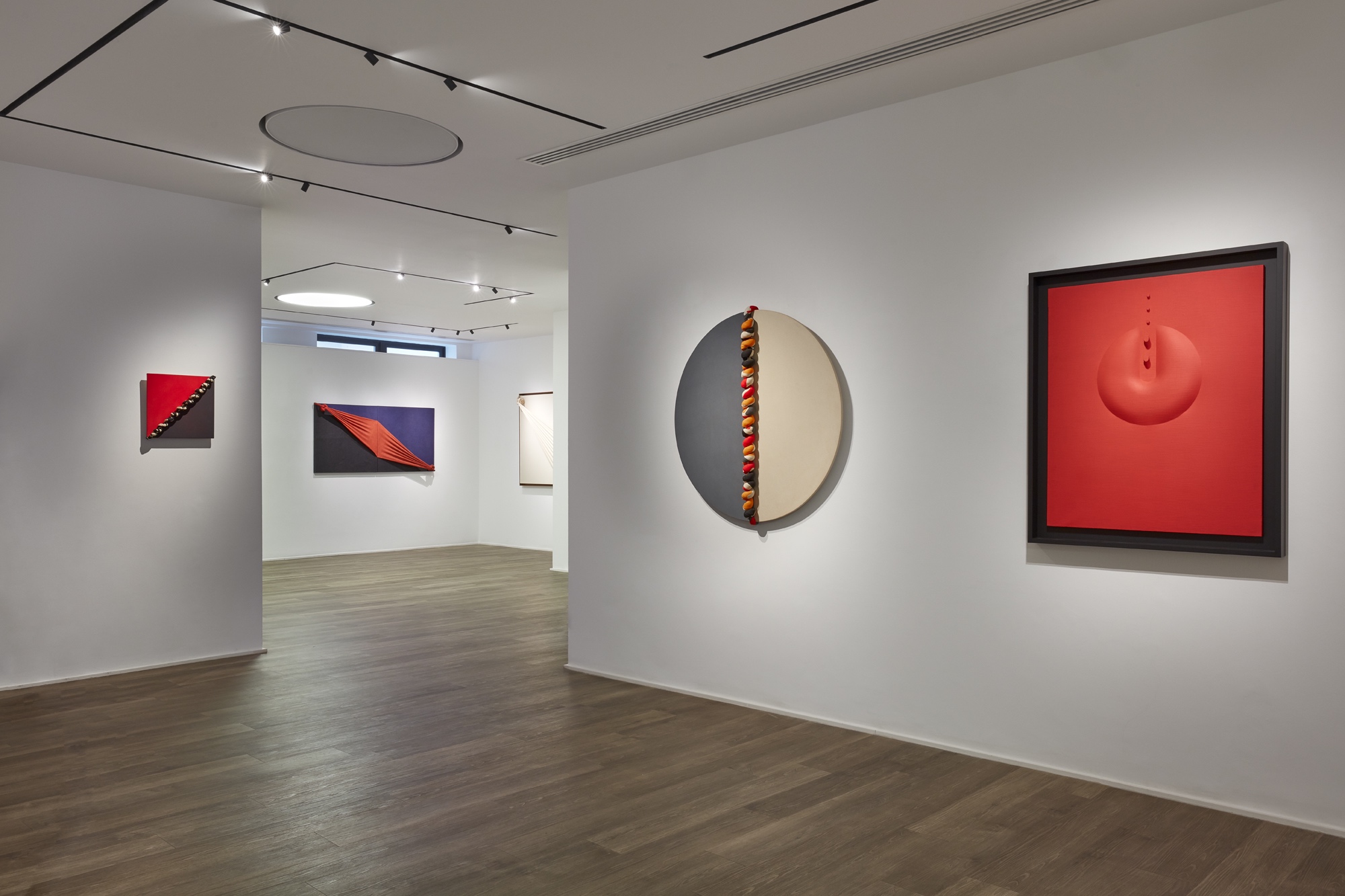 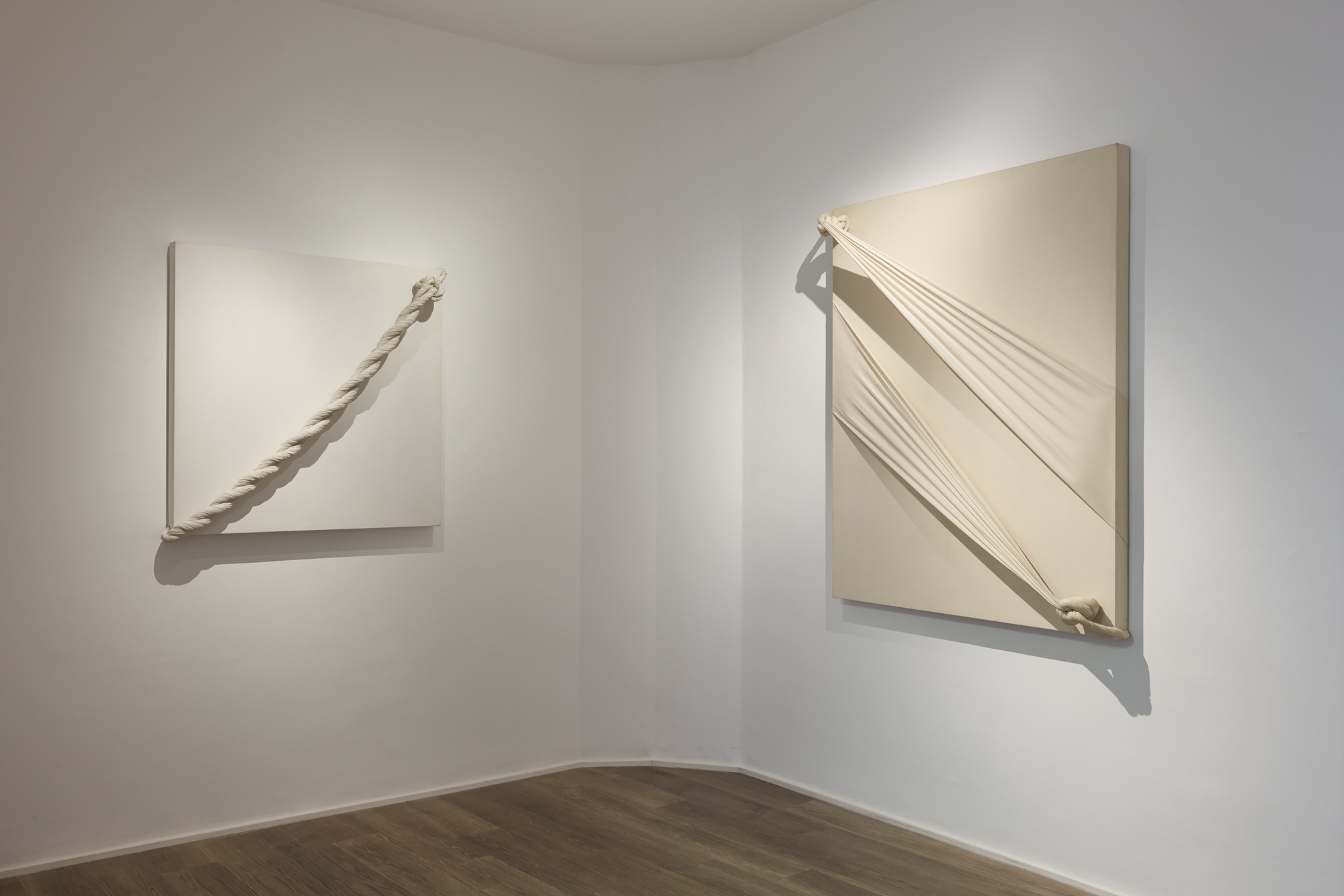 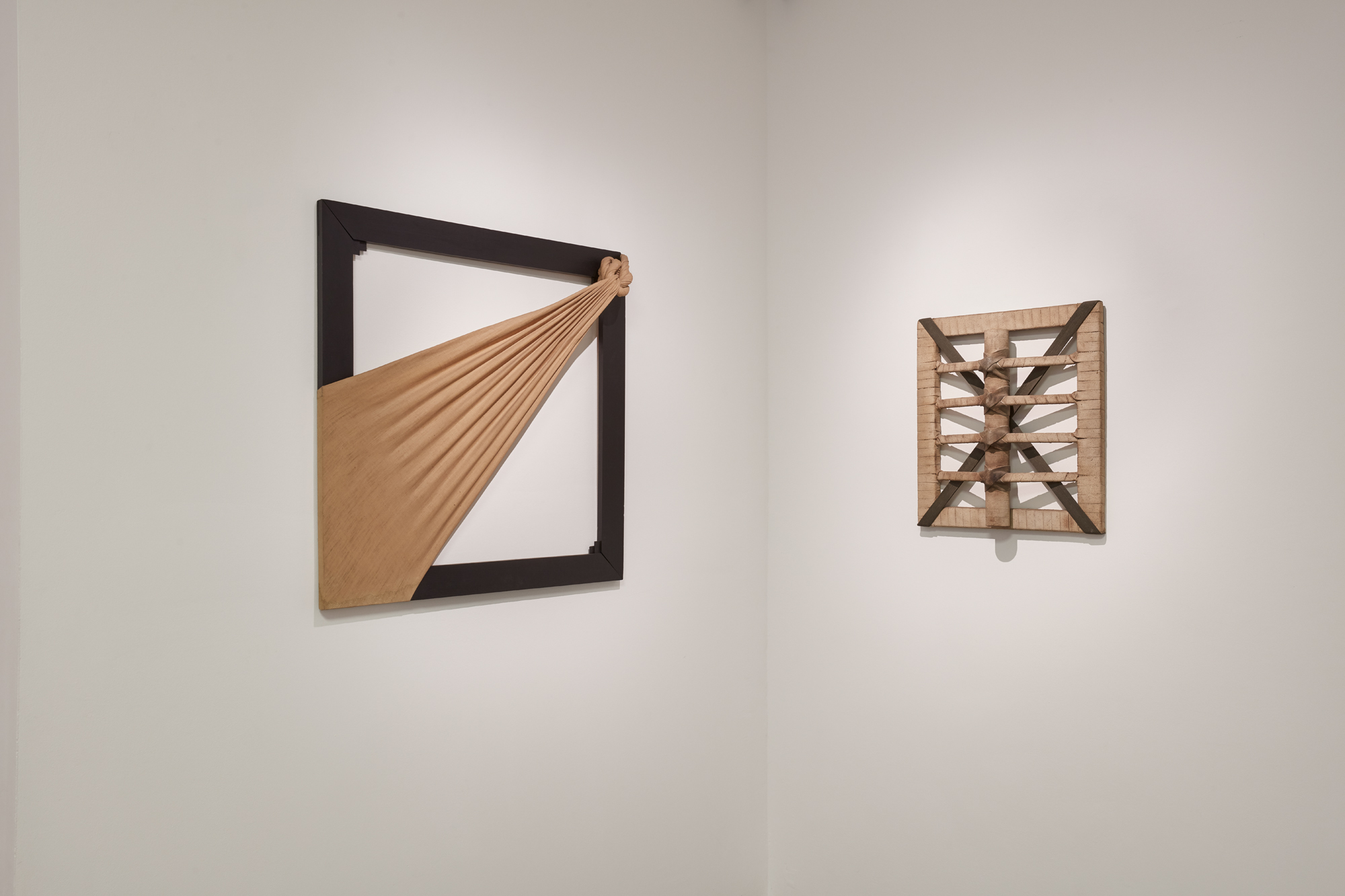 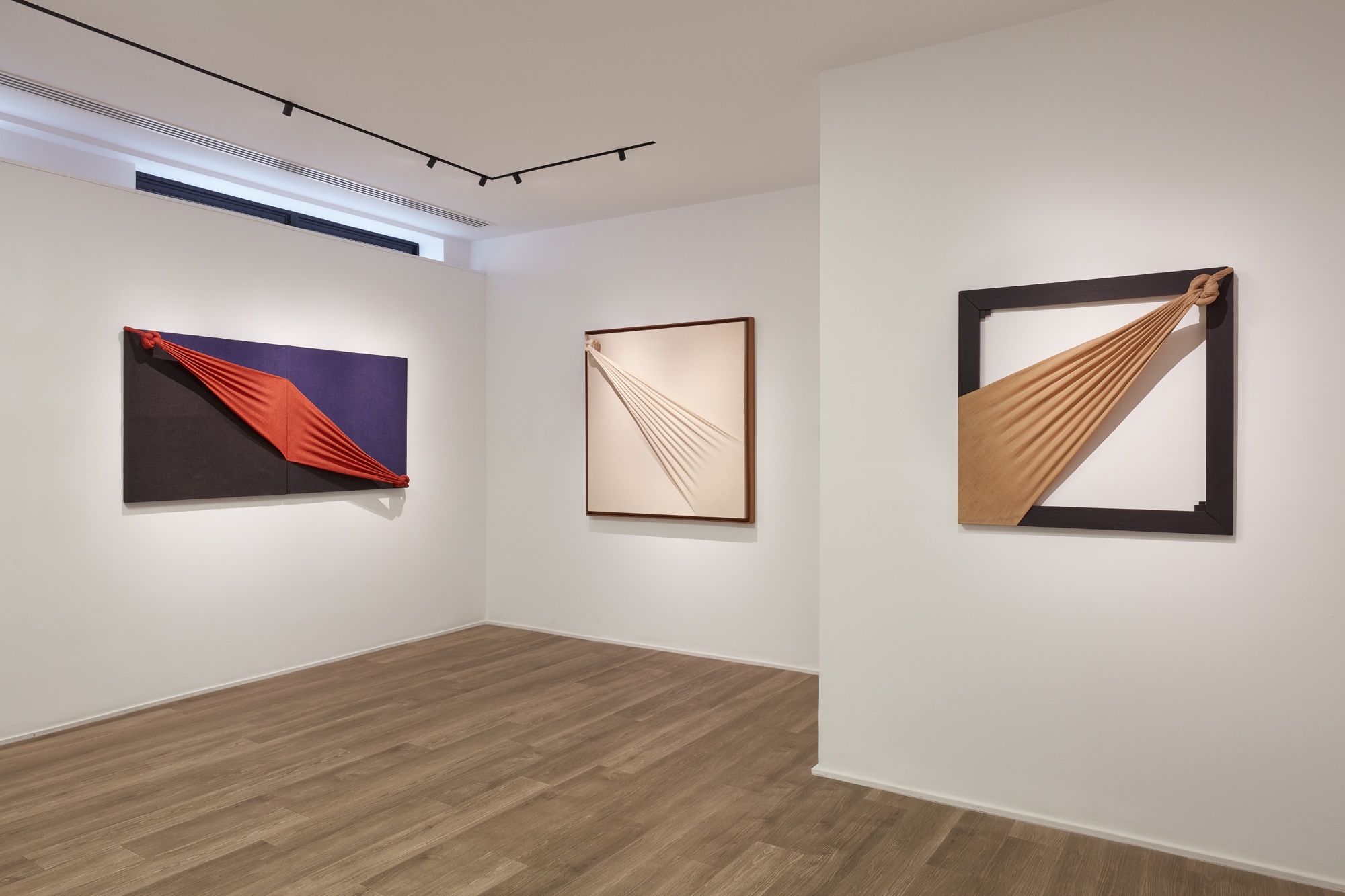 The Peruvian artist Jorge Eielson (Lima, 1924 – Milan, 2006) is a pivotal figure in the twentiethcentury art, whose importance is gradually garnering international attention. This exhibition at
Cortesi Gallery, curated by Francesca Pola, is Eielson’s first solo show ever presented in London
and in the United Kingdom. The exhibition, realised in collaboration with the Archivio Jorge
Eielson and with the Centro Studi Jorge Eielson in Florence, brings together a series of highly
significant examples of his work, to retrace the key stages in his creative career.

Poet and writer, even before than visual artist, Eielson has always explored forms of artistic
communication that deliberately express the contamination and the dialogue between different
specificities and cultures, beyond assimilated conventions and established practices. The
experimental and radical dimension of his work led him to condense the different aspects of his
creativity into his essential artistic works, without renouncing to a narrative and symbolic
dimension.

The exhibition begins with the rarefied and informal materiality of its Paesaggi infiniti della Costa
del Perú (Infinite landscapes of the Peru Coast), to move on to a series of works in which the
object collection is revisited and assimilated into the painting: fabric and clothing (shirts,
trousers, hats), that are ripped, burnt, cut and mixed with material surfaces. These are the results
of his first Parisian stay in 1948, where thanks to a scholarship provided by the Peruvian
government Eielson established connections with the great international avant-gardes (he will
return to Paris twenty years later). And then of the even more decisive stay in Rome that, from
1951 proves to be herald of crucial steps in the maturation of his very personal visual idiom,
which also evolved during his relocation in Milan starting from the Seventies. In order to recreate
the context where his artistic maturation took place, the exhibition features works by some
Italian artists, which seem particularly revealing of the multiple identities of Eielson’s work:
research on matter, sign and spatiality of the form, exemplified by artists like Lucio Fontana,
Giuseppe Capogrossi, Salvatore Scarpitta, Enrico Castellani, Agostino Bonalumi.

In 1963 Eielson produces his first “Quipus”, an element that became, since then, a distinctive
pattern of his artistic language: the torsion and tension of the fabric, which is articulated in knots
inspired by the “quipus”, the ancient language of the pre-Colombian Incas of Peru, but in which
Eielson concentrates multiple meanings of different cultures and origins, transforming it into a
sign of transcultural and global communication. In the same way, unlike contemporary
movements such as the Nouveau Réalisme or the Neo-Dada, the object element is never used by
him as an index or sample, but as a suggestion and reflection of humanity. Similarly, the large
spaces of his monochromatic pieces are structured in geometric shapes activated by the Quipus
knots, which decline the idea of the shaped canvas in a strongly personal and suggestive
direction, enriched at the same time with memory and with an inner physical energy. It is a
performative and temporal dimension inherent to the work of Eielson, which is also found in his
installations with variable content, such as the Poema escultòrico from 1979-80, or his live
performances, like the well-known one he presented at the Venice Biennale in 1972.

The London exhibition presented at Cortesi Gallery intends to emphasize this persuasive
relevance of Eielson’s poetics in its global communicative dimension, also proven by being a
source of inspiration for the Peruvian pavilion at the last Venice Architecture Biennale in 2018.
The latter was characterized by an installation of 250 square meters, with an entrance panel
featuring 447 knots representing the 447 “huacas” present in Lima, creating a dialogue between
architecture and environment, and between memory and modernity.

The exhibition is accompanied by a bilingual catalogue (Italian/English), published by Skira,
which includes an essay by Francesca Pola, images of all the exhibited works, installation views,
and a bio-bibliographic appendix. Based on extensive art-historical research, the catalogue
offers a more complete overview of Eielson’s work and is meant to stimulate further
international studies.

#walk around the #wonderful center of #cremona #it