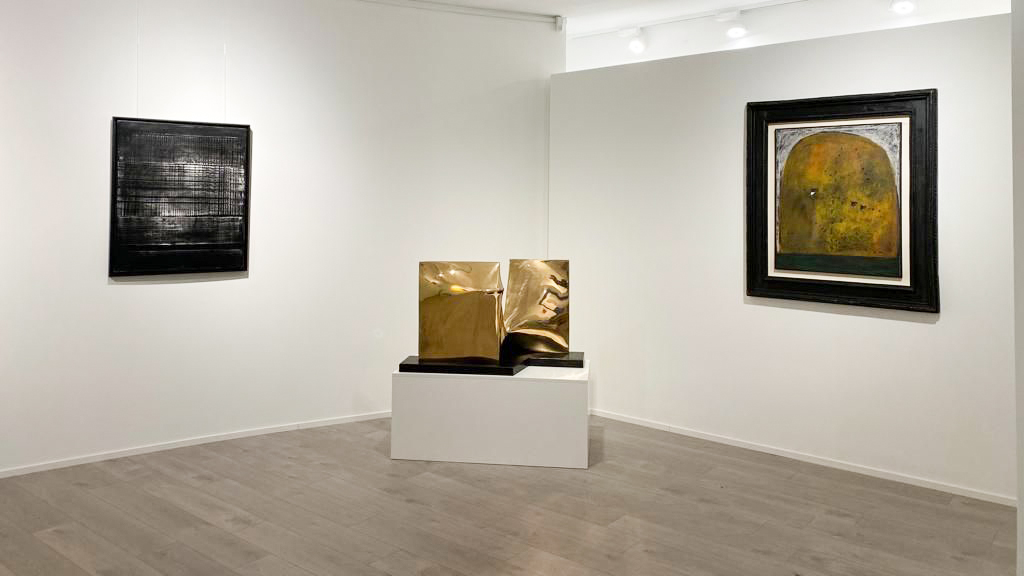 Cortesi Gallery Lugano is pleased to announce its new exhibition in via Nassa 62, dedicated to some of the most important artists who have worked on the idea of matter and space from the ’50s until nowadays.

Oltre la Materia – Beyond Matter will open to the public on Thursday, 17th February, until the end of April 2022. The show aims to explore different artistic practices which face the topic of physical and environmental dimensions of the art using various mediums, from sculpture to painting and photography

Agostino Bonalumi, Enrico Castellani, Lucio Fontana and Paolo Scheggi started reflecting on the spatial element of painting during the Milan scene of the 1950s-60s. These three masters took the pictorial tradition beyond its usual dimension, pushing the canvas surface in the three-dimensional space, in the real world, so it is perceived as a physical object.

Bonalumi and Castellani focus on the infinite spatial possibilities provided by shaping the canvas, which is no more merely a support for the painting but dialogues with the surrounding environment. On the other hand, Fontana cuts and pierces the canvas so that space can physically pass through it, invading its entire surface. Scheggi‘s artistic heritage is linked to his pioneering investigations on the relationship between the surface and the depth of the visual field.

Piero Dorazio, Heinz Mack and Gianfranco Pardi present the theme of structure that interacts with the matter question of the artwork. Dorazio‘s and Mack‘s research is based on the concept of the vibration of light, while Pardi‘s work is even more concrete in that it deals with structures firmly linked to the world of architecture.

Highlights of the exhibition include sculptures by Pablo Atchugarry, Agostino Bonalumi and Gio’ Pomodoro. Bonalumi, fascinated by the investigation of form and shadow, devoted himself to Picture-Objects and experimented with the sculptural aspect of art, creating works with abstract shapes. Atchugarry, after experimenting with different materials, chose the marble as his primary medium, creating abstract and numinous, massive and delicately carved sculptures that reflect the intervention of the spiritual in everyday life.

Finally, the contemporary section of the exhibition includes Chiara Dynys’s sculptures and Vik Muniz’s works. The Mantuan artist creates fascinating books with unique materiality, made of methacrylate, that reflects light in unexpected ways. Vik Muniz instead uses mixed media to recreate historical artworks that he immortalizes with photography. The work presented in this show is part of the Pictures of Junks series and reflects how the artist works personally with the material and the environment in which he creates his art.